Surprising, none of the roads considered the most dangerous for truck drivers, based on data gathered from the United States Department of Transportation over the past four years, are in Illinois. 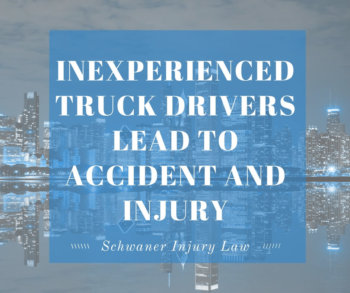 Given Chicago’s role as a national transportation hub, where numerous interstates converge, that news does come as a surprise, but sttill, Ask the Trucker named Chicago’s Circle Interchange its 10th most dangerous stretch of road due to single lanes and curved on ramps that are not only not trucker-friendly, but were not build to handle the amount of traffic it gets, especially during rush hour, when congestion can slow traffic down to speeds as low as 10 miles per hour. (Ref. 1)

This well known interchange is nothing more than a mess of complex single lanes and circular on-ramps that were not built to handle huge volumes of highway traffic.  During rush hour traffic, it is known for moving at an average speed of a whopping 11 MPH, making it dangerous for truck drivers and the other drivers sharing the road.

In late 2017, in advance of the holiday season, the Fleet management technology provider Zonar released the top 10 most dangerous roads for truckers to travel, (Ref. 2) including:

Many of these roads are curvy, creating even more danger for truckers, especially those that are carrying heavy or unstable loads.

While many drivers have regular routes and are familiar with the roads they travel, some are turning onto the most dangerous highways in the country, some with little or virtually no experience behind the wheel.

While it is somewhat safer than hauling out an atlas and checking out a route while driving, GPS systems can be major distractions, and distracted drivers can be dangerous drivers.

There are two different reasons why GPS systems can be a problem for truck drivers.

First, drivers can easily become distracted while trying to follow a designated route, and can take their eyes off the road long enough to cause an accident.

Even more problematic, however, is that some companies don’t provide GPS systems in their trucks, forcing drivers to buy their own.

The more affordable GPS devices are meant for personal, not commercial, drivers, so they can take truckers down roads that are either not trucker friendly or not designed for trucks, and have low overpasses and other obstacles that can cause problems for not only truck drivers, but also others on the road.

“If a truck driver is going to use a GPS system, it should be a truck GPS system,” said Clayton Boyce, vice president of public affairs for the American Trucking Associations (ATA), in a 2010 interview with Automotive Fleet. “The slightly lower cost for a car GPS system will be far outweighed by a single traffic citation or crash caused by a car GPS sending a truck onto a road on which trucks are banned.” (Ref. 3)

In 2012, after a two-year study by a task force, Illinois put into place a regulation requiring local governments to provide up-to-date truck route information to the Illinois DOT to help update GPS routes so that tractor-trailers don’t find themselves traveling on routes that are either height- or weight-restricted or not safe for hazardous cargo.

The regulations were put into place to:

GPS Can Save Time, Money

And GPS systems designed for truck fleets are worth the expense, and using a GPS system can eliminate several problems facing trucking companies with so many drivers on the road.

Drivers won’t lose time getting tangled up on restricted roads, where they could face fines for traffic violations that would impact the company’s bottom line, and they won’t be able to use the excuse that they got lost on the way if they are late to pick up or drop off a load of cargo.

Truck GPS systems are slower than those for passenger vehicles because they have to factor in truck-restricted roads as they gather data, but the best versions can navigate based on the typeof truck, the load it is carrying, the truck’s height, weight and length and hazardous load restrictions, making them invaluable when traveling unknown territory.

The devices can also record where and when a truck travels, giving employers – and legal teams – important data that can be used as evidence in the event of an accident.

Still, inexperienced truck drivers can cause accidents when not familiar with the roads. If you were involved in a truck accident and have a serious injury, contact our firm today to find out how we can help you. A settlement or lawsuit may help you recover compensation for the pain and suffering of your injuries, as well as paying past and future medical bills.