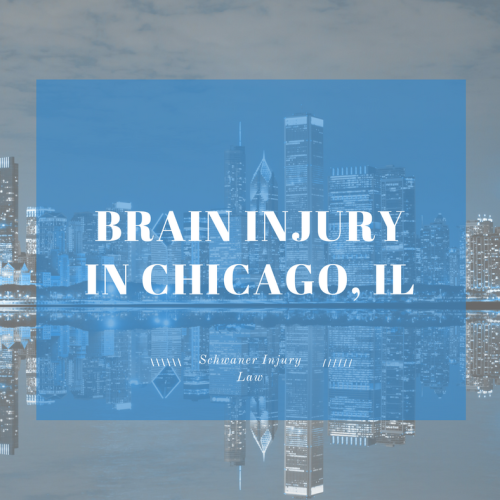 Brain Injury in Chicago, IL. Former Chicago Bears quarterback Jim McMahon is just 57, but he’s been diagnosed with early onset dementia and has a wide range of health problems including severe headaches, memory loss, vision and speech problems and depression after taking too many hits on the football field.

According to McMahon, one of several players awarded funds in a multi-million class-action lawsuit against the NFL that was settled without the league admitting guilt, he suffered three to five diagnosed concussions and a broken neck that he was never told about during his years with the Bears, leading to pain and suffering so acute that he contemplated suicide.

“I am glad I don’t have any weapons in my house or else I am pretty sure I wouldn’t be here,” said McMahon, one of numerous former football players to find their lives forever altered by the game they once loved. “It got to be that bad. I can see how some of these guys have ended their lives, because of the pain.”

For those suffering with head trauma, life can be a daily struggle. As a law firm that handles brain injury cases in the Chicagoland area, we understand the pain and suffering caused by traumatic brain injuries.

The traumatic brain injury statistics from the Centers for Disease Control and Prevention are pretty alarming. Approximately 1.7 million people each year suffer a TBI, and many often go untreated even if they aren’t in the NFL.
The most common causes of traumatic brain injury include falls, motor vehicle accidents, striking one’s head against an object (as was the case in most NFL injuries) and assault. Men are more likely to suffer a TBI than women, even as infants and toddlers, and seniors are also a high-risk group due to the elevated chance of falls.

TBIs are a major cause of both death and disability in the United States, killing 138 people in the U.S. each day, and about 30 percent of all injury-related deaths are the result of traumatic brain injury.

Those who do survive often suffer lifelong injuries including cognitive disabilities, lack of mobility and depression, a common response to debilitating changes.

The brain injury statistics in Chicago are in line with the national numbers, but traffic accidents are on the rise in the Windy City, likely sending accident-related head trauma numbers up as well.

Chicago TBI statistics are also impacted by an escalating number of gun-related deaths. Gunshot wounds are the most common cause of death from traumatic brain injury.

There are a wide range of different brain injuries, from mild injuries to damage that can leave victims in a vegetative state.

There are a wide range of symptoms that can manifest as a result of brain injuries, including physical, cognitive and behavioral changes.

For example, TBI can cause epilepsy and elevate the risk factors for conditions including Alzheimer’s disease and other forms of dementia as well as Parkinson’s disease.

Symptoms associated with TBI include:

For those with serious traumatic brain injuries, Chicago is home to two of the top rehabilitation centers in the nation, the Rehabilitation Institute of Chicago and Rush University Medical Center, both of which offer world-class expertise in treating those with TBIs, both immediately following the injury and therapeutically as part of long-term care.

If your TBI is the result of negligence on the part of another person, contact our team today to get the compensation you deserve. You may be entitled to recover compensation for your injuries.