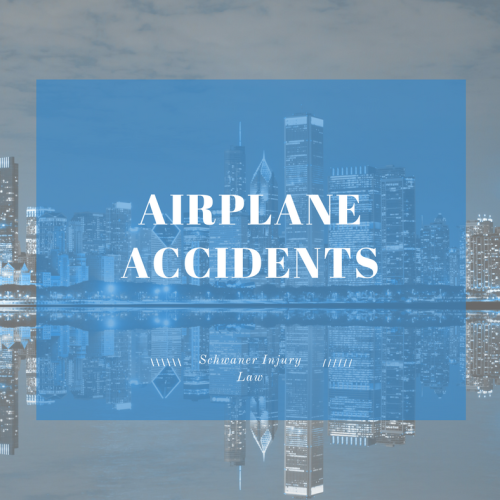 Most aviation accidents involve commercial airlines, although private planes and commercial and private helicopters are also sometimes involved in crashes.

A wide array of factors can contribute to airplane crashes or other accidents such as the runway fire aboard the Boeing 747 at Manchester International Airport, including engine failure, approach and landing accidents, loss of control, turbulence, erroneous pilot decisions and weather and terrain.

The first plane crash occurred in Virginia in 1904, and injured pilot Orville Wright – who along with his brother, Wilbur, made aviation history by inventing, building and flying the world’s first successful motorized airplane – and killed passenger Signal Corps Lieutenant Thomas Selfridge. It would certainly not be the last.

While the media may make it seem otherwise, according to statistics from the National Transportation and Safety Board, when looking at all airplane-related incidents, the survival rate is about 77 percent.

The injury rate, however, is much higher, and often includes PTSD and depression.

The Miracle In The Andes

It would be years before Carlitos Paez would find himself comfortable enough to fly again without flashbacks after the airplane carrying his rugby team crashed into the Andes Mountains in 1972, killing most of the passengers and stranding the remaining survivors in bitterly cold, snow-swept mountains with little food and even less hope for survival.

Only the strength, resilience and determination of those survivors – as well as two who were willing to sacrifice their lives on a nine-day trek climbing over slippery, snow-covered precipices until they reached civilization – led to their ultimate rescue. The airplane crash and rescue made headlines around the world, a Miracle in the Andes that will be forever etched in history.

For Paez, any thought of flying brought back immediate memories of the crash, which is a classic sign of post-traumatic stress syndrome, one of the most common injuries associated with those who survive a plane crash.

PTSD After a Plane Crash

“With plane crashes, there’s a period where people have their lives flash before their eyes,” according to Dr. Oren Amitay, a Toronto physician who also teaches at Ryerson University. “We all carry defenses to protect ourselves, but during those times, in near death, those defenses go down.”

Afterwards, there is often a personality change, in part because of survivor’s guilt – why did I survive while others died? – but also because that potential loss of life that occurs in just an instant changes the way people see not only the world, but also their role in it, Amitay said.

A fire broke out aboard a Boeing 737 in England in 1985, killing 54 people. During the fire, many of the 80 eventual survivors were told by aircraft staff to remain in their seats with their seatbelts on rather than attempt to escape. Several of them suffered extreme cases of PTSD and ended up feeling an overall sense of distrust of others because they felt they had no control over their own lives. Those who survived crashes and felt in control had more positive outcomes, with less instances of PTSD.

According to the National Transportation Safety Board, 83 percent of all general aviation accidents are the result of pilot error.

In the case of the Uruguayan Air Force Flight 571, which was carrying the group of rugby players along with some family and friends from Montevideo, Uruguay, to Santiago, Chile, the pilot misjudged the location of the plane and flew too low in the mountains, sheering off the wings and turning the fuselage into a torpedo that sped through the rock and snow, it’s tail breaking apart, before coming to a halt in a location where the debris was virtually invisible.

Here are some other common airplane accident causes:

Who Is Held Liable For Airplane Accidents?

In the case of most commercial airline incidents that lead to injury, including airplane crashes, runway accidents – which have gone up considerably as air traffic has escalated, and has the potential to be deadly – or other incidents, pilot or employee errors are the ultimate responsibility of the airline itself.

Airplane manufacturers can be the focus of lawsuits if product liability is a possibility, such as if there is a design flaw in the construction of a component of the plane.

In the case of a terrorist incident, the Transportation Security Administration could be held liable for failing to prevent a passenger from bringing contraband material such as weapons of mass destruction onto the plane.

What to Do If You or a Loved One Are Involved in a Airplane Crash?

Have you or a love one been injured in a plane crash? You may be eligible for compensation to cover the costs of health care, funeral expenses, long-term therapy and pain and suffering.

Often time, an airline employee, airplane owner, airplane manufacturer or government agency is liable for the airplane crash and injuries or wrongful death resulting from the crash.

Because of the complexities associated with aviation law, it’s important to hire an attorney with experience and a track record of success in the personal injury field. An experienced and competent lawyer will be more likely to secure a fair settlement that can cover all of your expenses, including mental health care.