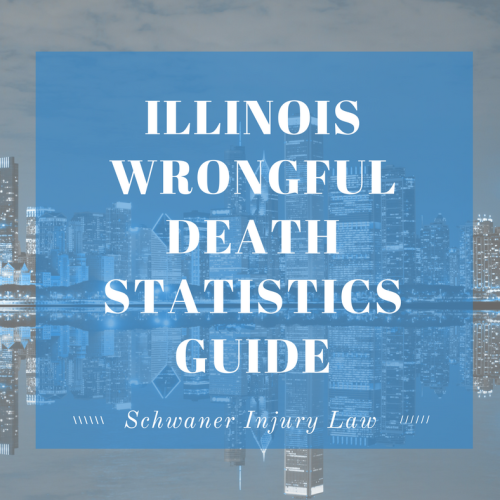 Wrongful deaths can occur due to a variety of different reasons, including car accidents, work hazards, malfunctioning equipment, murder or medical malpractice.

For the families of those who lost a loved one due to the carelessness of a company, a professional entrusted with a life or a careless driver, the pain would clearly be unimaginable.

And while wrongful death lawsuits cannot bring a loved one back, they can help ease some of the burden by ensuring that those responsible are held accountable for that death, and that survivors won’t have to struggle financially due to the loss of that loved one’s income.

Wrongful death settlements generally cover the damages experienced from the moment the act of negligence occurs until the time of death, including medical bills, lost wages, the deceased’s pain and suffering related to the accident as well as funeral and burial expenses.

Damages also cover losses experienced by the next of kin, including financial losses from the time of the accident until the anticipated time of retirement, as well as loss of consortium and other types of pain and suffering.

Punitive damages relating to the negligent circumstances leading to the wrongful death can also be included in a settlement.

Settlements usually range from several hundred thousand to several million dollars on average, depending on the factors involved in each individual case.

Some wrongful death settlements are larger than average, depending on a variety of factors including the degree of pain and suffering prior to death, the degree of negligence related to the death or a higher loss of income, either based on anticipated future income or the age of the deceased at the time of the wrongful death.

What Do I Need to Know About Wrongful Death?

There are many factors that determine the worth of a wrongful death lawsuit in Illinois. If you have any questions, call or message our team to get the compensation you deserve.

How much can you sue for wrongful death?

Wrongful death claim amounts vary significantly. There are a number of factors that go into deciding the final amount owed for a wrongful death suit. In some states, there is a maximum cap that limits the amount of money awarded for wrongful death lawsuits.

Here are some of the factors that determine how much you can sue for wrongful death:

What qualifies as a wrongful death lawsuit?

A wrongful death lawsuit can be claimed when a person dies or is killed due to the negligence or misconduct of another person. Wrongful death lawsuits can include murder, medical malpractice, automobile or airplane accidents, work hazards, or death during a supervised activity.

In wrongful death lawsuits, the family members or survivors of the victim may sue for compensation.

To qualify for a wrongful death lawsuit, the claim must be made by the personal representative of the decedent’s estate.

It must also be determined that the surviving family members are suffering monetary injury because of the victim’s death.

What does a wrongful death lawsuit mean?

In this case, a wrongful death claim can lead to a wrongful death lawsuit. If family members of the person who died or was killed have suffered monetary losses because of the victim’s death, they are entitled to monetary compensation from the party determined to be the cause of that death.

Who can file a lawsuit for a wrongful death?

In all states, however, spouses and minor children can collect compensation for the death of their loved ones. Adult children, siblings, non-married significant others, and other distant relatives like aunts, uncles, grandparents, and cousins may be able to file a lawsuit depending on the laws of the state where the death occurred.

In some states, anyone who was financially dependent on the deceased can file.

What is the statute of limitations on a wrongful death suit?

Every state has their own statute of limitations period. Once this time frame has passed, the person bringing the claim has lost their right to sue. Most states have a two to three-year limit, but some have as little as one year and some have more than two to three years.

In some states, the time limitation begins at the time of death. In others, limitations begin when the cause of death is discovered.

How long does it take to settle a wrongful death suit?

The time frame for wrongful death lawsuits vary and depend on a number of factors.

The best avenue for wrongful death lawsuits is to hire an attorney to handle your case. Your attorney will need to conduct a thorough investigation on the victim’s death.

If the cause of death involved criminal activity, police will also conduct their own investigation. Depending on the circumstances surrounding the death, some cases take longer to investigate than others.

Once a lawsuit has been filed, the defendant’s attorney will do their own investigation. Once all investigations are complete, it will take time to determine the number of damages and the expenses accrued as a result of the death.

Most wrongful death cases are settled out of court. The time it takes to settle depends on the offers made and the willingness to accept offers. In some cases, the claims are brought to court and these can take years to settle.

What are the damages for wrongful death?

There are two main types of damages awarded in wrongful death lawsuits. These categories are determined by specific time periods involving the death.

The first category of damages falls into the time frame from the time of injury or accident to the actual death of the decedent.

These damages generally include medical expenses, lost wages, end of life service expenses including funeral and burial, and any pain and suffering that may have occurred for the deceased person from the time of the injury to their death.

The second category of damages refers to those experienced by the deceased’s next of kin. These damages provide monetary compensation for financial losses that resulted from the death.

These cover the loss of money that the deceased would have earned had they not been caused an untimely death. These damages usually cover lost income from the time of death until the deceased’s anticipated retirement date.

In some cases, loved ones are awarded additional compensation for the deprivation of love and companionship. This is especially common for young children who lose a parent.

What is wrongful death malpractice?

Wrongful death malpractice involves any conduct by a medical professional that falls below the accepted standard of professional care and results in the death of a patient.

Doctors, nurses, and other medical professionals can be accused of wrongful death malpractice.

Wrongful death malpractice can result from a misdiagnosis, surgical error, medical error during pregnancy that results in the death of a child, or mistake in administering medication or anesthesia.

In some states, plaintiffs can claim medical malpractice and wrongful death separately. Since there are many nuisances involved in these types of cases, it is best to speak with a personal injury attorney to determine you are following the right process for your unique case.

What is the difference between medical malpractice and wrongful death?

The difference between medical malpractice and wrongful death is slight. The determining factor that differs the two is the fact that the conduct of the medical professional ended in the patient’s death.

Medical malpractice can also cover any injury a patient sustained during medical treatment.

If a person dies from those injuries, and it has been determined that medical treatment or lack of treatment was the cause of that death, then wrongful death can be claimed against a medical professional.

What is the statute of limitations for filing a wrongful death lawsuit?

The most common statute of limitations for wrongful death lawsuits is two to three years. Some states may have a smaller statute, while others may have a longer statute.

The time frame either begins when the death occurs or when the cause of death is determined.

Do you have to pay taxes on a wrongful death lawsuit settlement?

This means that the damages awarded have been found by the court to be compensated for pain and suffering caused by physical illness or injury that resulted in the victim’s death.

What is the average settlement for wrongful death?

It is difficult to determine an average settlement in lawful death cases because settlement amounts vary widely.

Settlement amounts are determined by a number of factors including age and health at the time of death, earning capacity, dependents, and circumstances surrounding the death. Some examples of newsworthy wrongful death lawsuit settlements include:

Where do I find free lawyers for wrongful death?

These attorneys generally work on a contingency fee.

This means your attorney will only accept payment if your case is won.

You and your attorney will reach an agreement on what percentage of your final settlement will be paid to them when you win. If you do not win, you do not pay your attorney.

Most attorneys work contingency fees that award them payment of 1/3 of your settlement, but fees vary from lawyer to lawyer.

We work on a contingency fee, and will cover all your expenses upfront. Get in touch with our team today so that we can help you get the maximum recovery for your loss.