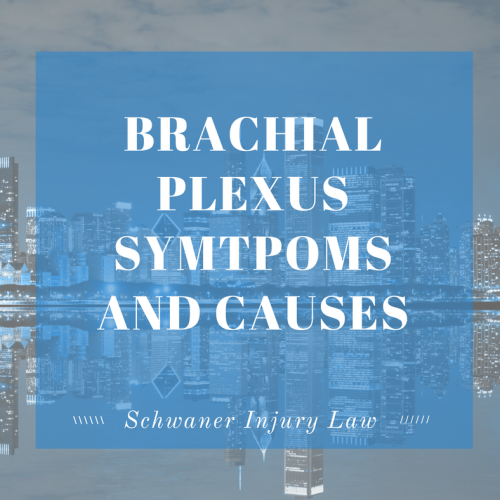 Although brachial plexus birth injuries are more common than cases of Down syndrome, most parents have little or no knowledge about such injuries.

The brachial plexus is a bundle of five different nerves that run from the spinal cord through the neck and down each arm. This important group of nerves –  the radial, median, and ulnar nerves branch off from the brachial plexus network – sends the signals that not only control muscle movements but also provide sensation to the arms, wrists hands and fingers.

Injuries to the brachial plexus are caused when the nerve grouping is stretched or torn.

Brachial plexus injuries can range from mild stretching of the nerves, which can over time regenerate, offering a partial or full recovery, to complete tearing away of the nerve bundle from the spinal cord, resulting in permanent damage and potentially, paralysis.

While sporting injuries, acts of violence, vehicular accidents, compression of the nerve, blunt force trauma, falls, surgical error and other injuries can cause damage to the brachial plexus (injuries to the nerve bundle are 10 to 20 times more common than spinal cord injuries), it is most often associated with birth injuries.

based on both the severity of the injury and where along the brachial plexus nerve bundle the injury occurred.

Erb’s palsy, which occurs in 1 or 2 out of 1,000 births – is a result of injury to the nerves along the newborn’s neck, impacting the upper part of the arm.

Klumpke’s palsy, a less common injury than Erb’s palsy, impacts the forearm and lower part of the hand.

Horner’s syndrome, which impacts the nerve signals controlling parts of the face. A rare brachial plexus injury, Horner’s syndrome symptoms include a drooping eyelid, an inability to sweat where the injury manifests itself on the face, and a constricted pupil.

There are certain symptoms to look for to determine whether or not a brachial plexus birth injury has occurred, including:

In many cases, brachial plexus injuries that occur at birth could have been avoided if not for a failure to recognize potential risk factors and monitor them.

In most cases, brachial plexus injuries can be anticipated and avoided through the use of a cesarean section rather than a vaginal birth, which avoids potential injuries during the birthing process.

If brachial plexus injuries do occur, physical therapy to strengthen weak muscles, surgical intervention and massage to stimulate nerve growth are all part of the healing process.