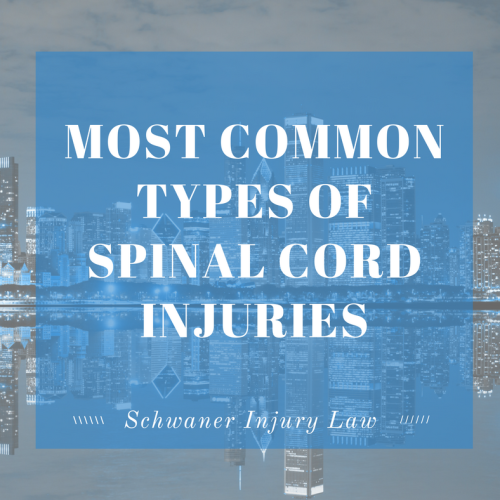 In 2015, Tierney Darden, an aspiring dancer living in Mundelein, a suburb of Illinois, had just come home from a planning session in Minneapolis for her sister’s upcoming wedding – dancing as she tried on her bridesmaid dress – when life as she knew it changed forever.

Darden and other family members were about to leave O’Hare International Airport to head home when a sudden storm blew in, forcing them to huddle beneath a bus shelter while waiting for Darden’s father to pick them up.

While they waited, the storm became more severe and the shelter collapsed on top of them, severing the Truman College student’s spine when she fell.

Darden, who was awarded $148 million in a lawsuit against the City of Chicago in August of 2017, had in an instant become a paraplegic, one of the numerous spinal cord injuries that impact as many as five million people in the United States each year, according to statistics.

What Is a Spinal Cord Injury?

Spinal cord injuries are classified as an injury that causes damage to any part of the spinal cord or to the nerves at the end of the spinal canal, potentially impacting movement, sensation, strength and other bodily functions.

The level of disability following a spinal cord injury depends on where the injury occurs along the spinal cord and the severity of the injury itself.

Whether complete or incomplete, spinal cord injuries are further classified based on where the injury occurred.

Injuries to the upper spine or neck, which usually cause paralysis from the neck down, impacting shoulders, arms, hands, internal organs, trunk, legs and pelvic organs, are referred to as quadriplegic (also called tetraplegic), while injuries to the lower spine, which result in paralysis from the waist down, impacting either all or part of the trunk, the legs, and the pelvic organs, are referred to as paraplegic injuries.

According to statistics, of spinal cord injuries that are caused by sudden, traumatic injury, car accidents are the top cause and account for approximately 38 percent of all injuries.

Spinal cord injuries can also result from nontraumatic causes, including bone or joint disorders such as arthritis or osteoporosis, which can weaken the structure surrounding the spinal cord, creating risk factors for injury, as well as diseases or illnesses such as cancer, infection or inflammation, which can impact regions of the spinal cord.

If you suffered a spinal cord injury, get in touch with our team today to see how our Chicago spinal injury lawyer can help.