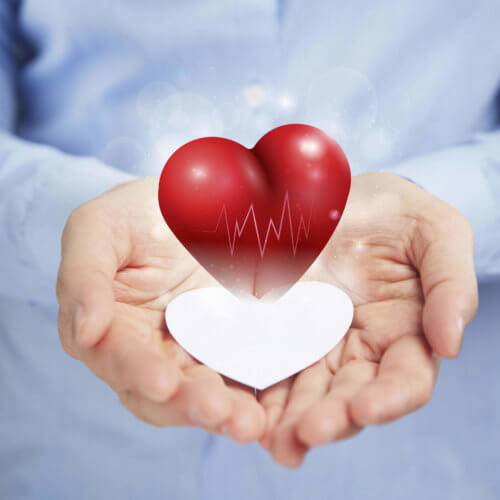 If Pericardial Effusion is misdiagnosed, Cardiac Tamponade can cause death or serious injury. Pericardial effusion occurs when too much fluid accumulates around the pericardium, the sac-like structure that protects the heart.

Because pericardial effusion puts pressure on the heart, it impacts the heart’s ability to function, and if it goes untreated, it can lead to heart failure or death.

Pericardial effusion can sometimes be misdiagnosed, because symptoms can be associated with other diseases.

Certain prescription drugs, including meds for high blood pressure, tuberculosis or epileptic seizures may also lead to the heart-related condition.

While the pericardium can stretch to accommodate some degree of excess fluid, in cases where there is too much fluid, there is too much pressure on the heart, and the chambers cannot properly fill with blood, leading to cardiac tamponade, which causes poor blood circulation that results in inadequate oxygen being supplied to the body and to the brain.

Treatment options for Pericardial Effusion include:

While cardiac tamponade is rare – occurring in 2 of every 10,000 people in the United States each year – there is no room for error if the complication is diagnosed.

Common causes of cardiac tamponade related to pericardial effusion include complications following heart surgery, especially if chest tubes in place to drain blood become clogged by blood clots, kidney failure, tuberculosis (most common in African nations), pericarditis, which according to the American Heart Association is inflammation of the pericardium, cancer, connective tissue diseases and aortic rupture.

Symptoms of cardiac tamponade include:

For medical professionals, a complete medical profile of patients is vital because the symptoms of cardiac tamponade can be easily mistaken for other health problems.

What Happens if a Doctor Misdiagnoses Pericardial Effusion?

Pericardial effusion is often mistaken for other health problems including congestive heart failure, but a mistaken diagnosis can be deadly.

When there is not enough oxygen to the body or the brain due to cardiac tamponade caused by pericardial effusion, brain damage or death can happen quickly.

Tamponade must be treated by creating a pericardial window, which will drain out excess fluid, relieving the pressure on the heart, while ruling out other problems including infection of cancer.

Symptoms include low blood pressure, changes in an electrocardiogram, an extended jugular vein caused when blood has a difficult time returning to the heart and heartbeats that are quieter than normal.

Cardiac tamponade would be diagnosed by an electrocardiogram, a chest X-ray, an angiogram or an ultrasound of the heart.

If cardiac tamponade is properly diagnosed and treated, the recovery process and long-term outlook for patients looks good.

A case in Massachusetts clearly illustrates the devastating consequences of failing to diagnose pericardial effusion, in this case, a 13-year-old boy who had been born with Down syndrome and a hole in his heart.

After surgery to repair his heart, the teen showed signs of pericardial effusion, and symptoms of the complication were noted in his chart and showed up on an X-ray, but his pediatrician failed to order tests to either confirm or rule out the condition, and the boy was sent home with a prescription for a diuretic.

A week later, the boy was seen again by his pediatrician, who again made notes of symptoms that were synonymous with pericardial effusion. A chest X-ray was ordered, and the boy’s heart appeared enlarged, but the pediatrician again failed to order tests to determine if pericardial effusion was present, and he also failed to discuss the complication’s symptoms with the parents.

Within a week, the boy was too weak to stand, but a call to the pediatrician’s nurse led to deadly advice. His parents were told to allow the boy to sleep, and the next morning, the teen was found dead in his bed. An autopsy determined that his cause of death was pericardial effusion and cardiac tamponade.

If your loved one died after suffering from a misdiagnosed case of pericardial effusion leading to cardiac tamponade, a medical malpractice attorney with knowledge of the heart-related complication and experience in the courtroom can be a comforting asset during a time of grief.

Call our offices today to schedule an appointment with an experienced, compassionate attorney. You won’t be charged any fees unless we negotiate your case successfully.

We’ll fight to make sure you receive compensation for your injuries, and recover for past, present, and future medical bills.