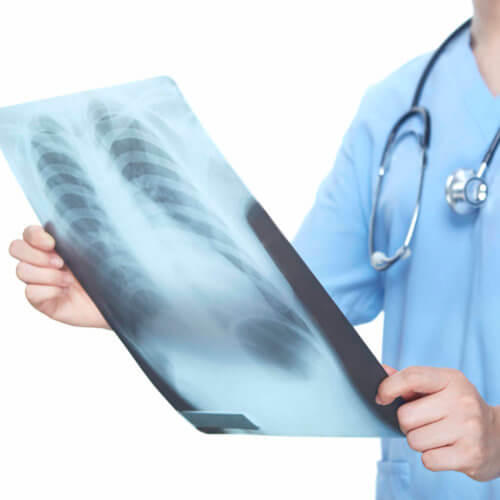 The American Journal of Medicine finds that 15 percent of patients suffer serious injury or wrongful death due to either erroneous or delayed diagnoses, often caused by misread or the delayed reading of MRIs, CT scans or X-rays.

A 30-year-old Chicago man won a $4 million settlement after doctors failed to diagnose lung cancer after X-rays were taken. Several years later he was diagnosed with late-stage lung cancer and suffered needless complications because his X-rays were improperly read.

When MRIs, CT scans or X-rays are taken, they are usually ordered to uncover potential problems, and when those screenings are misread, it can lead to devastating results.

But what happens if those screenings are not being read due to a backlog?

Such a scenario is entirely possible, because the United States orders 70 million CT scans a year, a third of which might be unnecessary, some experts say.

An overload of CT scans has the potential to lead to a delayed diagnosis, which can mean that the treatment received is not as effective as it might have been initially, or it is too late to be effective at all.

A delay could not only worsen symptoms, it also has the potential to lead to death.

In the United Kingdom, documents that were recently leaked by the NHS found that as many as 100,000 patients are currently waiting for the results of X-rays and other scans, a number that doctors say could be seriously underestimated. 1

Some of the MRIs were delayed by as much as a month and a half, which could mean the difference between life or death in some cases.

The reason for the delay, experts say, is a lack of an adequate number of radiologists in the U.K., according to the Royal College of Radiologists.

So, are things as dire here in the United States? It depends on who you feel comfortable with reading the results of your MRI or CT scan.

Outsourcing Covered Shortage of Radiologists in the U.S.

In 2003, a radiologist in Massachusetts caused a furor when patients learned that he was outsourcing MRIs to India, a move made to cover for a lack of available radiologists to handle the number of screenings that needed to be read.

According to E. Stephen Amis Jr. of the American College of Radiology, in an interview with the New York Times that year, the need for radiologists reached “crisis proportions,” adding that the demand for radiologists was growing at twice the rate as radiologists themselves, creating the need for outsourcing or suffer a backlog similar to that that the U.K. is suffering from today. 2

In 2015, there were more radiologists available, but the problems associated with delayed results remained a potential problem, especially given the fact that orders for CT scans went up from 2.7 million in 1995 to 16.2 million in 2007, putting plenty of added pressure on radiologists.

When Are Delays in Medical Testing  Considered Medical Malpractice?

Of course, doctors are not liable for all diagnostic errors, especially if those errors don’t cause serious health problems for a patient.

With some aggressive cancers, however, misreading or failing to read an MRI, CT scan or X-ray in a timely manner can easily result in serious health problems, and potentially death.

Some potential problems with medical scans can include:

If a doctor fails to analyze the results of an MRI, CT scan or X-ray in a timely manner, it could result in a delayed diagnosis that allows a potentially serious illness to progress.

In cases such as these, medical malpractice is likely, because appropriate treatment could have been provided in a timely manner, resulting in less pain and suffering or preventing a wrongful death.

If you or a loved one have been the victim of delayed MRI, X-ray or CT scan readings, resulting in more serious problems than you would have had if results had been diagnosed more quickly, it’s important to contact an experienced attorney to determine your rights.

Medical malpractice cases are complex and difficult to win because most of the laws that are in place protect physicians instead of patients, despite the oath of first do no harm.

Our offices have experienced, compassionate attorneys ready to take your call, and you won’t be charged until we win your case in court.

“If you need a honest lawyer call David”

“I was hit by a car while on my bicycle David was the lawyer who won my case and got me the money I deserved for my pain and injuries He always answered his phone and was available to answer any questions or concerns I had about the case I would recommend David to anybody who needs an honest lawyer to represent them in any injury case. If you need a honest lawyer call David the best bike injury attorney in Chicago”

Misdiagnosis of Pericardial Effusion Can Result in Cardiac Tamponade Death and...
Schedule a Chat