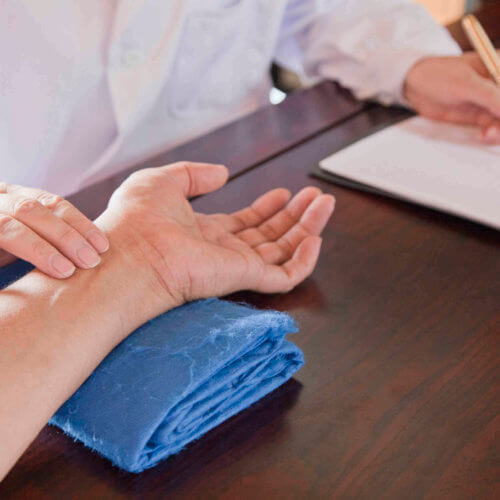 When doctors and physicians fail to properly record medical information, serious mistakes can be made that lead to injury or death. According to Johns Hopkins, more than 250,000 people in the United States die each year from medical mistakes, making medical error the third-leading cause of death, beaten only by heart disease and cancer.

Are patients safe? Maybe not, and the failure to properly chart medical procedures could play a big role.

In 2004, the Chicago-based Joint Commission – the group responsible for accrediting U.S. hospitals, released mandatory rules to prevent operations on the wrong patient or wrong surgical site, a situation that can cause lifelong complications for the patient who suffers for the physicians’ mistakes.

The rules that were outlined that year were simple, according to a story appearing in the Washington Post.

Despite support from other physicians that such a mistake could happen to anyone, the hospital and doctor paid huge fines, and the Joint Commission set rules into action. 2

In 2011, however, very little had changed. X-rays were still put in backward, the wrong patients still ended up on operating tables and the wrong limbs are still sometimes amputated.

According to the Commission, wrong-site surgery caused by faulty recording happened approximately 40 times a week in the U.S. in 2011, down almost 20 percent from 2004. 1

Most say that the numbers are likely due to faulty reporting, and in fact, situations are not only failing to improve, they may be growing worse, some patient safety experts say.

Why Are Medical Reporting Mistakes Happening?

Mark Chassin, who has served as president of the Joint Commission since 2008, said time pressures – including not having enough time to properly read patient charts – are the main cause of medical errors.

He also said that the prevention of wrong-site surgery “turns out to be more complicated to eradicate than anybody thought,” words that are likely no consolation for someone who has suffered the consequences of a medical mistake or the family of someone who has died because of it.

Medical record errors are big problems, especially in the era of electronic charting.

Physician Michael Victoroff, a critic of electronic health records, compared electronic charts to Detroit’s car industry circa 1965 in a 2015 interview with Politico, when cars were decidedly unsafe but were selling fast, with no real checks and balances in place.

The Trouble with Electronic Health Records and Lawsuits

There are a wide range of troublesome issues associated with electronic health records.

These are the top causes of electronic health records errors leading to malpractice:

In addition, doctors and nurses are often not seeing the same information on a patient’s chart, causing complications that can set the stage for complications or wrongful death.

While some experts say that electronic health records are safer, the potential for error still exists, such as was the case of an Illinois woman who stabbed herself with a gardening tool, and when she went to the emergency room for treatment, told medical professionals she wasn’t sure when she had had her last tetanus shot.

In her records, the nurse clicked “unknown,” which a doctor believed meant she needed no tetanus shot. She did not receive one, and later died of tetanus, having never been immunized. 3

Are Written Medical Charts Any Better?

When it comes to medical charts, written charts are just as prone to errors as the electronic ones, which makes winning in court much easier for medical malpractice attorneys, who have evidence of mistakes at their fingertips.

The five most common chart errors – each of which can crush a defendant’s case – include:

Lack of notes. After a patient visit, a doctor is required to either take notes or use a handheld recorder to document the visit in the patient’s chart, including what determinations were made regarding patient care and treatment.

Inadequate history taking. If physicians fail to properly interview patients about their medical histories, allergies, family histories, former doctors and other information, patients could suffer fatal allergies or fail to be scanned for hereditary conditions that should have been part of that medical history.

Blank fields. Every question on a patients’ chart should be answered. Even if the answer was unknown, it should be included in the record, rather than left blank. No information at all in a field could result in patient injury or death.

The dreaded doctor’s handwriting. Just because physicians are renowned for having illegible handwriting doesn’t mean that they should be left off the hook. In one Texas case, a prescription was improperly filled, leading to the patient’s death, all because the pharmacy couldn’t read the doctor’s handwriting and interchanged one drug for another.

Medication errors. Prescriptions and refills should be properly documented.

Approximately one-third of hospital patients are impacted by medical errors, and although not all of them are related to medical records, those documents play a big part.

If you or a loved one were injured or died as a result of improper medical reports or documentation, it’s important to contact an experienced attorney to help you get the compensation you deserve.

A personal injury attorney can help you recover compensation for your medical bills, future medicals, and pain and suffering. You’ll want to get an experienced lawyer who will attempt to settle your case pre-trial. If the attorneys for the hospital or medical practice won’t agree to a settlement, a lawsuit can be filed and your case may go to trial.

Mistakes can lead to lifelong consequences, and taking legal action is one step to hold doctors and hospitals more accountable for those mistakes.

“I couldn’t have asked for a better injury lawyer. David Schwaner was wonderful to work with. He’s straightforward and gets the job done, all the while being most compassionate. I wish I could choose 6s. I’d recommend Schwaner Injury Law above all.”