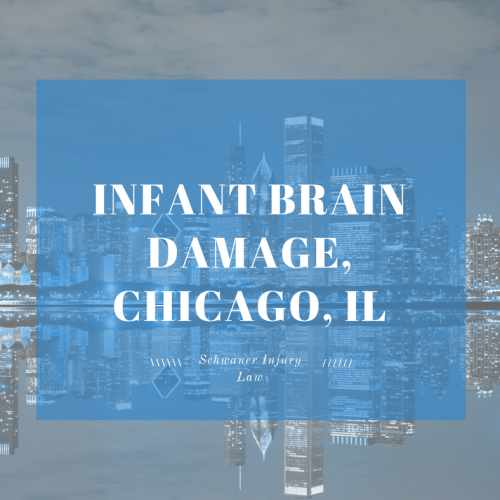 More than one million people in the United States and millions more worldwide, most of them infants, suffer from some form of brain damage.

When baby Cassie was born in 2010, she suffered brain damage that resulted in both epilepsy and cerebral palsy, requiring lifelong care.

The injuries were the result of a series of medical mistakes that occurred when Cassie was born at Good Hope Hospital in Birmingham, England, after labor was induced 15 days after her due date.

Midwives failed to continually monitor Cassie’s heartbeat, so when hers slowed, she was deprived of oxygen for a period of time, resulting in brain damage that will require lifelong care.

“Our little girl had the worst start to life as a result of the hospital’s mistakes and that has been very difficult for us,” she said. “She cannot walk, talk or communicate in any way with us or her little sister. She will be entirely reliant upon us for the rest of her life.”

There are a wide range of reasons why infants experience brain damage during birth. The most common include:

Lack of oxygen. According to the American Journal of Neuroradiology, as many as two out of 10 babies experience a lack of oxygen at birth. While many of those babies recover fully, some, like Cassie, suffer lifelong complications because not only the brain, but also other organs, are deprived of the vital nutrient. Fetal monitoring through regular prenatal checkups can help prevent brain damage associated with oxygen loss.

Brain damage due to a lack of oxygen comes in two forms. Hypoxia occurs when an infant is deprived of adequate amounts of oxygen, causing mild to moderate brain damage. Anoxia is caused by the complete deprivation of oxygen, which can lead to severe brain damage depending upon how long the oxygen deprivation lasted. Both can lead to cerebral palsy along with myriad other health problems including cognitive disabilities that can last a lifetime.

Damage caused by oxygen deprivation can be lessened through a cooling therapy that brings down body temperature enough so that other functions slow, allowing the brain to heal. The process is similar to the seemingly miraculous recovery of people who drown in cold water, even if they are sometimes without oxygen for minutes. Because the water temperature slows down the rest of the body, any available oxygen is sent to the brain, allowing many people to make a full recovery.

Umbilical cord problems. During birth, if the umbilical cord is twisted, knotted or becomes prolapsed, blocking the birth canal while the force of the baby presses it flat – the oxygen supply so necessary for infant survival is cut off. Umbilical cords can also cause problems during delivery if they twist around a baby’s neck, not only cutting of oxygen supplied by the cord, but also preventing natural breathing after delivery. Occasionally, a doctor may cut the umbilical cord before a baby is breathing fully on its own, which can also cause a critical loss of oxygen.

Birth canal issues. While most women would say all deliveries are difficult in their own way, during deliveries labeled as difficult by health care professionals, babies can get stuck in the birth canal, where they risk losing oxygen, especially if the placenta has already dislodged from the uterine wall. To prevent brain damage, a quick cesarean section or assistance with the birth process using forceps or vacuum extraction may be necessary.

Blocked airways. A baby’s airways can become blocked with a variety of substances during childbirth, including mucous or amniotic fluid.

Infant jaundice. While infant jaundice can be common – it occurs when bilirubin reaches toxic levels in an infant’s blood – if it isn’t treated, it can travel from the blood to brain tissue, causing a specific form of brain damage known as kernicterus. Kernicterus can lead to a wide range of neurological disorders, including intellectual disabilities, movement disorders, seizures, auditory or visual impairments, impaired digestive function and cerebral palsy, among other issues.

Maternal Infections. While infections including rubella, herpes and cytomegalovirus can cause brain damage before birth, especially during a fetus’s first trimester, the Zika virus is one of the most dangerous infections facing pregnant women. According to experts, the virus causes a wide range of problems including calcification of the brain, microcephaly and other brain-related birth defects.

According to Brazilian researchers who analyzed 23 babies born at the epicenter of the Zika virus outbreak, “The brain damage caused by Zika virus infection in these children was extremely severe,” and much worse that doctors originally anticipated. The majority of babies born to mothers who are exposed to the Zika virus are born with birth defects.

Traumatic labor and delivery. When devices such as forceps or vacuum extraction devices are misused during birth, there is the potential for babies to suffer brain damage, most often because of bleeding on the brain that causes the brain to swell, leading to a host of problems including cerebral palsy and developmental delays.

Low levels of glucose. Low glucose levels, also known as neonatal hypoglycemia, is especially problematic in infants because babies need glucose for energy. After birth, much of that glucose is used by the brain. If levels are low, the brain won’t have the energy it needs to function properly, resulting in brain damage.

What To Do If Your Baby Suffers Brain Damage During Birth

If your child suffered brain damage at birth and you believe it was a case of malpractice as a result of negligence by medical professionals, it’s important to secure an attorney who specializes in infant brain damage medical malpractice cases. Attorneys familiar with the complexities of medical malpractice will be better able to secure the necessary compensation to help parents who may be faced with caring for their child for a lifetime.