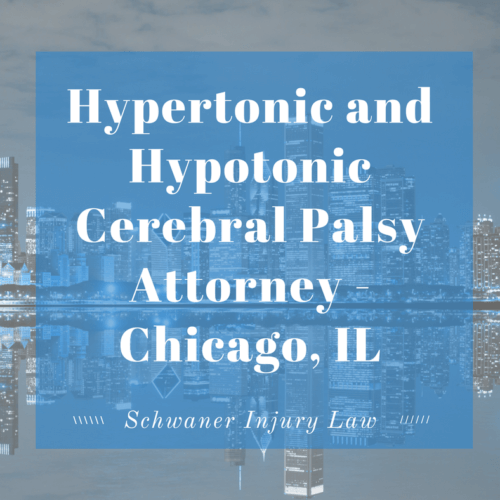 While most forms of cerebral palsy are diagnosed months after birth when symptoms tend to reveal themselves when babies fail to reach important milestones, both hyper- and hypertonic cerebral palsy (CP) are usually diagnosed earlier.

That’s because the muscle problems associated with these forms of CP, either floppy or tensed muscles that either have little or no strength or aren’t easily manipulated, are almost immediately noticed by medical professionals or parents.

Children with hyper- and hypotonic CP have a hard time sitting up, and if they are able to sit up, they are often unable to hold up their heads.

These two forms of CP are the most common in the United States, and of those with cerebral palsy, 80 percent will have hypertonic CP, which is the most common of the two. (Ref. 1)

Hypertonia or hypertonic CP is a spastic form of CP marked by stiff, tense muscles and uncontrollable movements caused by increased muscle tone and muscles that fail to go slack.

Hypertonic CP is caused by brain damage during the birthing process.

Issues that can contribute to hypertonic CP might include asphyxia (a loss of oxygen due to placenta or umbilical cord problems), infant stroke, infections of either the mother or the infant, or mistakes made by medical professionals, including traumatic brain injury as a result of birth injuries.

Treatments include medications to help relax muscles as well as physical and occupational therapy to also improve muscle tone.

But hypertonic CP is not usually a health issue that will ease over time, even though therapy can result in some improvements. In fact, in most cases, it is progressive, and worsens as time passes. Problems can include immobility, bone deformities caused by stiffened muscles, joint problems, and infections.

Hypotonic cerebral palsy is the opposite of hypertonic CP, and muscles of those with this type of CP remain loose at almost all times.

While rarer than the spastic forms of CP, hypotonia or hypotonic CP is also the more dangerous of the two disorders, because it can lead to torso muscles that are also slack, causing respiratory issues that could be fatal. It is marked by floppy limbs – often referred to as limbs resembling those of a rag doll – caused by decreased muscle tone. It is associated with non-spastic CP.

Causes of hypotonic CP are the result of damage to an infant’s cerebellum, the part of the brain that controls movement and balance, while in utero. Uterine ruptures, infections of both infant and mother that can cause inflammation that leads to brain damage, as well as a lack of oxygen during labor and delivery can all result in hypotonic CP. (Ref. 2)

Both physical and occupational therapy can help improve the symptoms of hypotonic CP, although therapy is most effective when it beings while a child is still in infancy and can experience the most benefits.

Problems can include malnutrition from difficulty swallowing, speech problems or breathing problems, as well as bone deformities.

Hypotonic CP may also worsen over time in some cases.

My Child Has Hypotonic or Hypertonic CP. What Should I Do?

Because both hypertonic and hypotonic CP can be caused by birth injuries, it’s important to determine the origins of your child’s disorder in order to understand how and why the cerebral palsy occurred.

In the case of a birth injury, medical malpractice is often the cause, either because a doctor failed to determine that a cesarean section would be the safest birthing method due to the baby’s size or the size and/or shape of the mother’s birth canal, the improper use of assisted birthing devices including forceps or vacuum extractors or the failure to act promptly during birth emergencies, either because of a lack of proper monitoring of the fetus or missing symptoms of problems such as placenta abruption, which cuts of oxygen to the infant as it passes through the birth canal.

Because medical malpractice suits can be difficult – medical facilities have a team of lawyers on hand to help cripple your case – it’s important to find an experienced injury attorney who has worked with other Chicago-area families to help the win settlements that will help cover the expenses associated with raising a special needs child.

If you want to learn more about your child’s diagnosis as well as your options, please call our offices today. Your consultation is free, and we won’t charge a fee until you are successfully compensated for your child’s injuries.