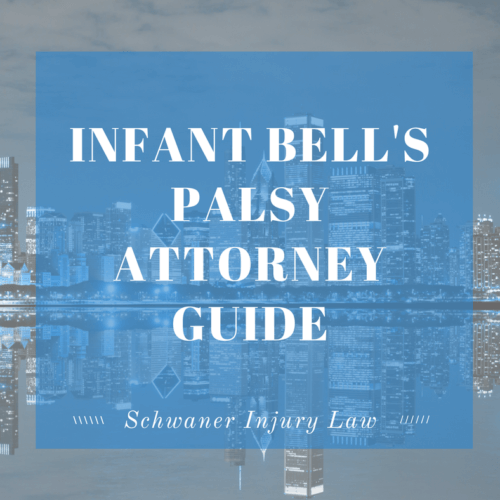 Bell’s palsy is a paralysis or weakness that impacts just one side of the face.

While the condition generally resolves itself over time, it can cause serious complications, especially when Bell’s palsy impacts an infant.

A fairly common condition, it is named after Charles Bell, a Scottish physician who was the first to describe the condition.

Bell’s palsy is in most cases immediately diagnosed due to the specific symptoms including a drooping or paralysis of the muscles of one side of the face.

Other symptoms can include:

Unfortunately, there is no definitive answer as to what triggers Bell’s palsy, although it could be caused by an infection that impacts one of the facial nerves, which extend from inside the brain to the ear and salivary gland, where they branch out into multiple muscles.

Facial muscles carry important messages from the brain to the face, such as telling an eyelid to close or a mouth to smile. If there is inflammation, pressure or swelling of the nerve at the place where it leaves the skull, the muscle is no longer able to communicate with the facial muscles that branch out, triggering Bell’s palsy.

The condition may also be caused by exposure to the herpes virus (either herpes simplex or herpes zoster), Epstein-Barr (the virus associated with mononucleosis), influenza B, Lyme disease, rubella (also known as German measles), hand, foot, and mouth disease (a virus that causes a fever and skin rash), or upper respiratory infections, including the common cold or the flu.

Birth injuries including bone fractures potentially caused by mistakes made when either manually extracting a baby from the birth canal or using forceps or a vacuum extract to assist may also damage the facial nerve, leading to Bell’s palsy.

While many have long believed that Bell’s palsy is associated with a neonatal stroke or loss of oxygen leading to brain damage, researchers have since determined that the disorder impacts the facial nerve, and is caused by inflammation that compresses the nerve rather than oxygen deprivation.

If a mother has an infection or the herpes virus, it is a doctor’s responsibility to ensure that they are not passed on from the mother to her child. While medications are a potential risk factor, Bell’s palsy can be painful and potentially dangerous, since the nerve damage and paralysis can cause irreparable eye problems.

It is also a doctor’s responsibility to ensure that proper procedures are followed during delivery, and that care is taken when using assisted birthing devices or when manually extracting a baby from the birth canal so that injuries that can potentially cause lifelong damage do not occur.

While mild cases of Bell’s palsy resolve themselves on their own within a few months when the inflammation of the facial muscle recedes, more serious cases require treatment such as corticosteroids in order to prevent permanent damage.

If not treated properly, Bell’s palsy can cause permanent muscle weakness and nerve damage on the side of the face impacted by the condition, and it can also damage the eye, leading to full or partial blindness.

Children do tend to recover from Bell’s palsy more quickly than adults, but that does not mitigate the potential damages that can be potentially caused by the condition.

Do I Need an Attorney?

If your child suffered from Bell’s palsy as a result of exposure to a virus or due to birth injuries that damaged the facial nerve, the medical professionals who treated you during your pregnancy could have been negligent in their treatment of you and your baby, causing the condition.

In order to determine whether or not your doctor was at fault, it is a good idea to consult with an experienced injury attorney who can help you evaluate your case to determine if you might be entitled to compensation to cover the costs associated with your child’s care.

Bell’s palsy can be traumatic for both parents and children, and it the condition was preventable, seeking the advice of legal professionals who understand what is involved in a birth injury lawsuit could help prevent you from having to cover the costs of care on your own.

We are prepared to help. Your consultation is free, and you won’t be charged a fee until we recover damages in your case.