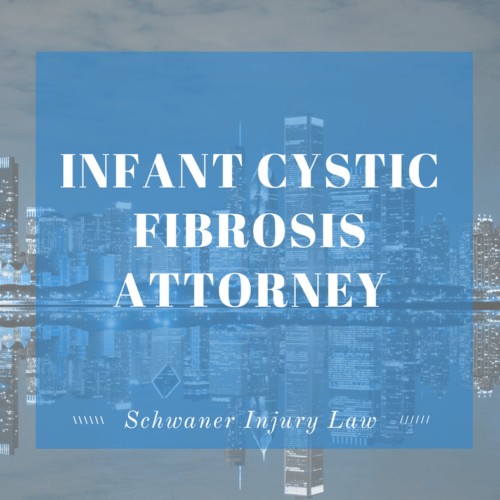 Cystic fibrosis is caused by a DNA mutation that results in a life-threatening disease that is the most common genetic disorders in the United States.

The mutation impacts the way salt moves in and out of cells, and causes thick mucus to form throughout the body, but primarily in the lungs, that can not only make breathing difficult, but can also create an environment that’s ideal for lung infections, since bacteria can easily grow in the sticky mucus.

Cystic fibrosis (CP) is more common in children with Northern European roots, and it occurs when both the mother and father carry a defective CF gene. According to estimates, more than 10 million Americans carry the defective CF gene.

According to the March of Dimes, cystic fibrosis impacts about 30,000 children and adults in the United States. That’d about 1 in every 3,500 babies.

There is no cure for the disease.

For about 15 to 20 percent of children born with cystic fibrosis, meconium, the first stool produced in a fetus’s intestines, will cause a blockage in the small intestine, potentially causing the intestine to twist or fail to develop properly. The large intestine is sometimes also obstructed, so the meconium, which is usually expelled shortly after birth, isn’t part of a bowel movement until several days after birth.

Newborns are screened for cystic fibrosis at birth through a blood test checking for a protein anomaly that if present will require further testing in order to determine definitively whether or not the child has the disease.

Parents who are concerned about cystic fibrosis can undergo genetic testing to determine if they are carriers of the CF gene.

In addition to breathing difficulties, children with cystic fibrosis have thickened digestive juices that are unable to reach the small intestine, making it more difficult for the body to break down and absorb nutrients taken in from food, causing both digestive and growth issues.

Because of the lung problems as well as the inability to take in nutrients effectively, cystic fibrosis generally leads to a shortened life span. The average age children born with the disease live to is about 37, although this is an improvement from previous decades, when children usually only lived into their teens.

While the proper treatment can make those years relatively normal, there are a host of other complications associated with cystic fibrosis, including:

Treatment for Cystic Fibrosis is Ongoing

Babies who have cystic fibrosis will require near-constant care, including tests for lung infections and regular vaccinations such as annual flu shots after six months of age.

Most children with the disease take prescription medications to treat infections, break up mucus in the lungs and control inflammation that damages the lungs over time.

Other methods of breaking up mucus include chest thumping, which is performed several times a day for 30 minutes at a time, either by hand or via machine.

Supplements that help encourage the pancreas to create bile to aid digestion, ensuring that more of the nutrients that your child consumes will be absorbed, will likely also be part of your child’s daily routine. Ensuring the intake of nutrients is important, because it helps improve health so that other CP treatments are more effective.

Future treatment options may include gene therapy, drugs to help improve how salt moves through cells and new drugs that can help prevent or treat infections.