While falling cargo accidents and injury is uncommon, it does happen. And when it does, sometimes the injuries can be devastating, even resulting in paralysis or death. Often times a falling cargo injury is the result of a truck that loses its cargo while driving.

In April of 2017 in Chicago, four people were injured in an accident when an enclosed trailer apparently detached from the tractor towing it, causing the trailer to land on top of the vehicle.

It was 25 years after a Chicago woman was severely injured on her daily commute to work when a 30-pound piece of sheet metal fell off the bed of an open trailer and smashed through her windshield, injuring her face, breaking her arm and putting her into a coma that lasted almost three weeks.

The accident caused already frustrated legislators to take a harder look at cargo-related accidents – and a way to hold the industry more accountable for them.

“Definitely, there needs to be a greater liability on the trucking industry,” the woman’s attorney said in an interview with the Chicago Tribune, adding that if the tractor-trailer involved in his client’s accident had had its cargo properly secured, the accident would never have happened.

At the time, Illinois law required flat-bed trucks to be covered if they were carrying material that could fall off, but the law was frustratingly unenforceable because tickets couldn’t be issued until cargo had already fallen off.

The state was looking at adding tougher tarp rules to trucking regulations, a rule that safety organizations advocated but the Illinois Transportation Association said would be costly enough for trucking companies that the cost of goods and services for consumers would escalate. (Ref. 1)

While the Federal Motor Carrier Safety Administration has since established safety standards for securing cargo, that doesn’t mean those rules are always followed. And when they’re not, it is others on the road who are at risk.

Tight Deadlines Can Lead to Carelessness

Truck drivers are almost always on a tight deadline, and have been for decades, based on the lyrics to the 1970s’ Jerry Reed/Dick Feller song “East Bound and Down” (written for the soundtrack of the movie “Smoky and the Bandit”) which suggests that safety has never been as important as speed when it comes to hauling cargo.

“East bound and down, loaded up and truckin’,

We’re gonna do what they say can’t be done.

We’ve got a long way to go and a short time to get there.

For a truck driver in a hurry to deliver goods, loading them properly or securely may not be the highest priority. And for those on the loading dock, what happens once the cargo leaves is not their biggest concern.

But according to a study from AAA, falling cargo played a role in more than 200,000 crashes over a four-year period, and the majority where the result of improperly secured cargo.

Of the 200,000 accidents – as dangerous as teens tossing rocks off of overpasses – approximately 500 people were killed and almost 40,000 were injured, making falling cargo one of the top truck-related accidents that can occur on the road.

While falling cargo is a danger on the road, improperly loaded cargo can also be a problem, because it can shift in the trailer, causing a driver to lose control of his or her tractor-trailer, potentially crashing into other vehicles on the road.

If a load of cargo encounters problems on the road, and is damaged in transit, both the truck driver and the trucking company won’t get paid for that load, so it doesn’t pay to cut corners.

A crushing injury by falling cargo can be devastating.

Some common cargo-related problems that can lead to accidents include:

Who Is at Fault in a Cargo-Related Accident?

While a driver is usually required to check regularly in transit to ensure that his or her load is stable, it is not always the driver who will be held responsible in the event of an accident.

In some cases, drivers are prevented from opening and inspecting sealed or locked containers, so if an accident occurs because the cargo was loaded improperly, the loading company would be held responsible for any injuries or property damage for failing to properly secure the cargo when it was loaded.

It could also fall on the manufacturer of the safety devices used to secure the load if failure of those devices was ultimately responsible for the falling cargo. 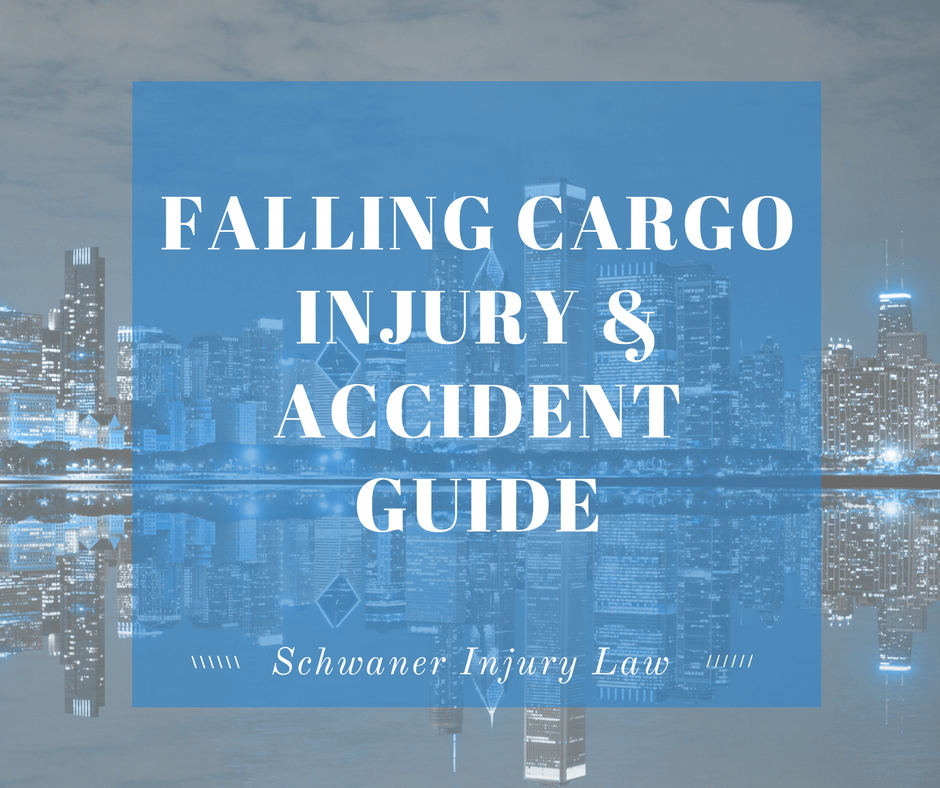 Because of the complexity involved in falling cargo accidents – in some cases, cargo can fall off without a truck driver noticing, and he or she can be miles down the road before the lost cargo becomes a road hazard – it is important to have an experienced attorney to help sort through the challenges of determining who is ultimately at fault.

A knowledgeable tractor-trailer accident attorney will understand how to best investigate your case, ensuring that you are properly compensated for any injuries or property losses you may have sustained in your accident.

Were You Hurt in a Road Construction Injury?
Schedule a Chat