In 2016, an 84-year-old Chicago woman was killed three days before Christmas when she was hit by an Amazon delivery truck while crossing the street.

The woman, who was on her way home from getting her hair done, was dragged 30 feet down the street before the truck came to a halt. The driver, who swerved around a car in front of it before making a left turn, was charged with ignoring a stop sign, ignoring a pedestrian right of way, driving without a license and driving while uninsured.

Amazon, who faced a lawsuit from the woman’s family following the incident, issued a statement promising to work with the police as well as the delivery service provider as the incident was investigated.

The driver involved was not an employee of Amazon.

According to an attorney for the family of the Chicago woman who died after being hit by an Amazon driver, both driver and outside companies use Amazon’s logo, but the drivers are either considered self-employed or employed by the company hired by Amazon, not Amazon itself.

Additionally, Amazon is also hiring its own delivery drivers through Amazon Flex – which allows drivers to use their own vehicles to deliver packages – a program that has also escalated the number of driver-related Amazon delivery truck accidents and will likely spark changes similar to those made by Uber and Lyft in response to lawsuits.

Not all of Amazon drivers are outside employees, though.

Amazon delivers more than 608 million packages a year, according to estimates, which means it has not only amassed numerous partnerships that not only move freight quickly, including agreements with companies such as UPS, FedEx and the United States Postal Service, among others, the company has also purchased trucks of its own to make deliveries, using Amazon employees.

Driving an Amazon delivery truck can be a challenge for even the most experienced of drivers, especially when packages are delivered to businesses in busy downtown Chicago, forcing the delivery truck driver to maneuver through potential bumper-to-bumper traffic and tight intersections to drop off a package.

The drive can be a stressful one, creating the potential for accidents between passenger vehicles, cyclists or pedestrians.

Following are some of the main reasons why delivery truck accidents occur:

I Was In An Accident With An Amazon Delivery Driver. What Should I Do?

If you are in an accident with an Amazon delivery driver, you may be wondering about your legal options. 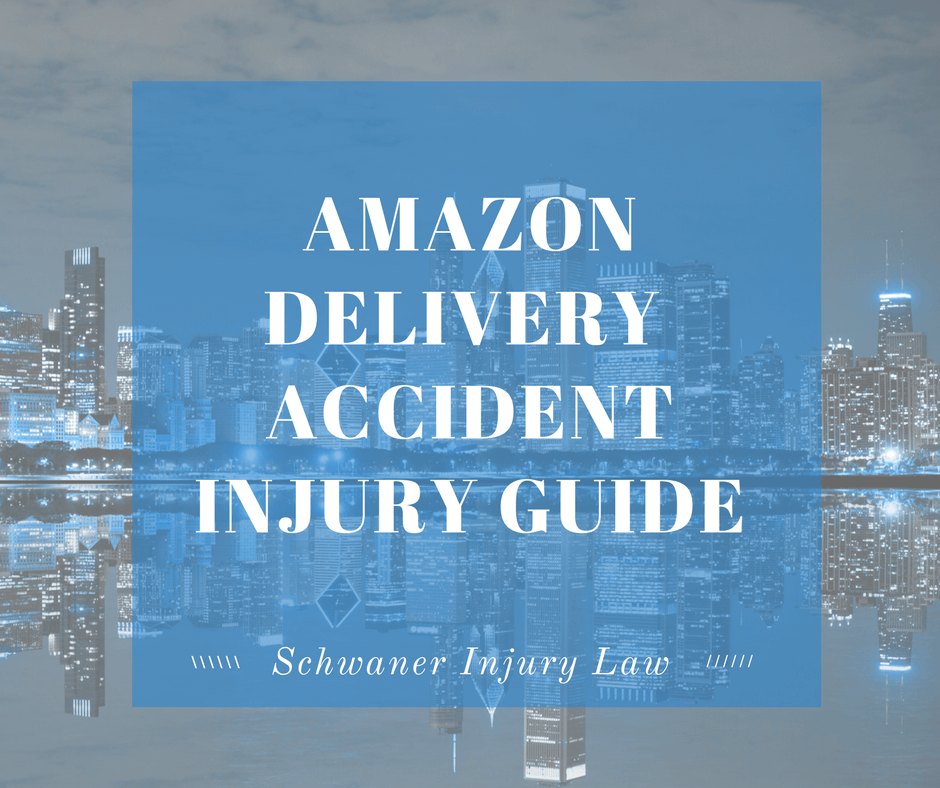 Although Amazon hires drivers who work as independent contractors using their own insurance, the company will likely run into the same murky legal waters that Uber and Lyft did as startups, when they attempted to recuse themselves from lawsuits related to accidents, only to find themselves held liable and forced to revamp their structures to cover the costs of future accidents.

Still, because the delivery driver could have been an employee of Amazon or another delivery company, it’s important to have a legal team with experience in lawsuits involving Amazon delivery drivers or ridesharing cases, given the complexities of the company and its delivery process.

Even if a driver is acting as an independent contractor, it’s possible that Amazon will be held at least partly liable if the driver was at fault in the accident because of the role the company played in the driver being where he or she was at the time of the accident.

The right attorney will determine who is at fault in the event of an accident based on a wide range of evidence, ensuring that the right party will be held responsible for the costs associated with injuries and/or property damage.