Were you injured in a truck accident in Schaumburg? A northwestern suburb of Chicago and just 10 miles from Chicago’s O’Hare International Airport, Schaumburg may have a population of just 75,000 people, but the village is anything but sleepy.

Home to one of only two Ikea stores in Illinois, Schaumberg is part of the Golden Corridor, a section of Interstate 90 that is home to industrial and office parks, Fortune 500 company headquarters and more, the village also has its share of truck traffic making deliveries, which puts it at high risk of accidents.

Chicago is a traffic hub, as some of the busiest interstates in the United States meet in the city, then spread out across the rest of the country.

Two of those interstates, I-90 and the Chicago bypass I-290, are common truck accident zones.

In 2016, eight people were injured when a semi driver failed to slow down for traffic that had slowed, slamming into five other vehicles that were slowed on Jane Addams Tollway section of Interstate 90.

Eight people were hospitalized Sunday after a six-vehicle crash involving a semitrailer truck on the Jane Addams Tollway (Interstate 90) in Schaumburg, according to Illinois State Police.

While I-90 is likely ground zero for truck accidents in Schaumburg given the traffic that travels the route, one of the busiest to cross through the Chicago area, it is not the only area of Schaumburg where accidents are more likely to occur.

Some of the most dangerous Schaumburg area roadways, based on statistics, include:

In 2017, a loaded garbage truck tipped over on Higgins Road in rural Schaumburg, flattening the vehicle next to it and sending both drivers to local hospitals (1).

It was not clear at the time of the accident what caused the truck to tip over, but garbage can be loaded in an unsafe manner in the same way as freight, putting the truck at risk of overturning or jackknifing if the driver makes an unsafe or aggressive move.

Aggressive drivers are usually in a hurry due to delays on the road, and are attempting to make up time in order to reach their destination on time. 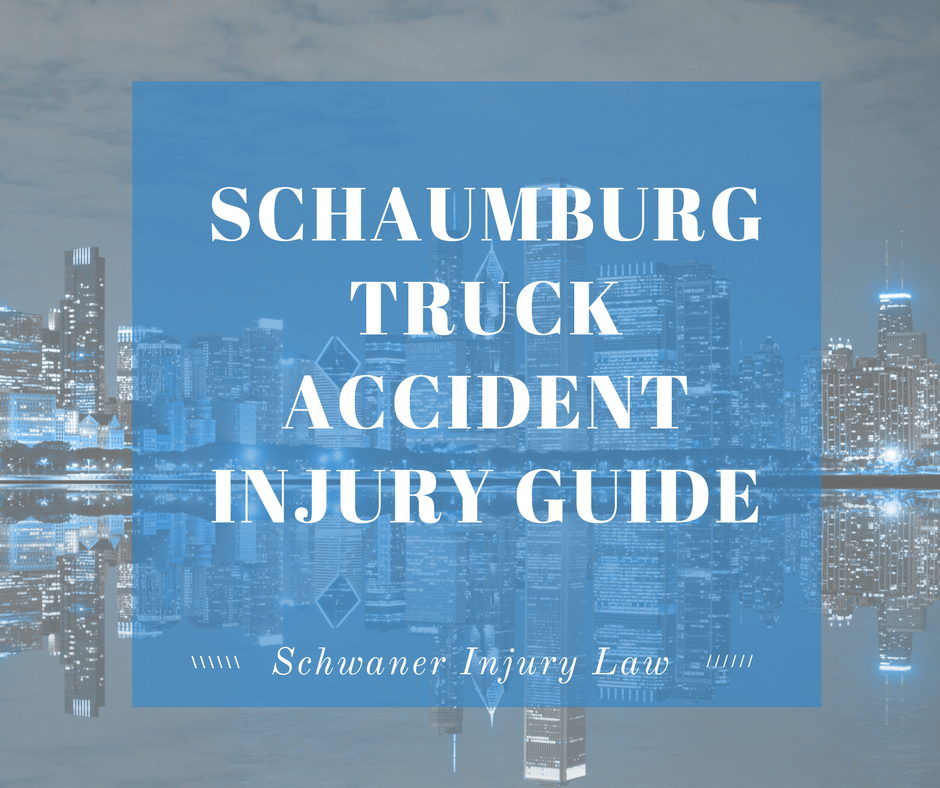 While aggressive truck drivers can be the cause of accidents on the road, there are other problems facing Schaumburg-area truck drivers and the passenger vehicles that are also on the roads.

I Was In a Truck Accident in Schaumburg, IL. What Should I Do?

If you were involved in a truck accident and driver negligence was to blame, it’s important to talk to an experienced personal injury lawyer or truck accident attorney to determine your options.

Truck accident law is complex, and while it may seem obvious that the driver is to blame, it could be the trucking company or the manufacturer of a failed part that is ultimately responsible for the accident and is the party that should be held accountable in court.

The right attorney will be able to wade through evidence to determine who is to blame, then confidently negotiate with insurance companies or if negotiations fail, go to trial to seek a fair settlement to cover the damages you deserve.

Our personal injury firm charges nothing for your consultation, and you won’t be charged any attorney fees until we win your case.

If you have questions, we have the answers. Call us today.