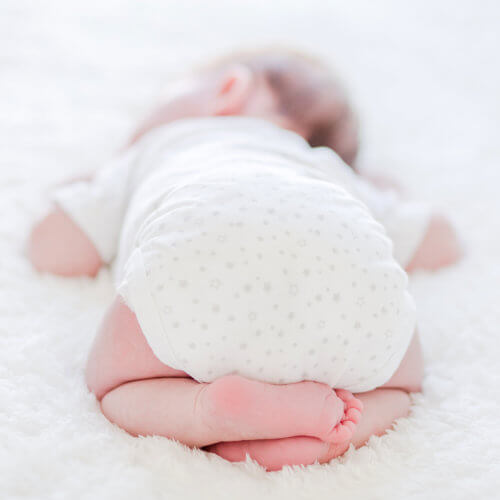 Periventricular leukomalacia is a brain injury that impacts the white matter of the brain before or during birth.

Also known as PVL, periventricular leukomalacia occurs when the brain tissue surrounding the fluid-filled ventricles is damaged, causing decay or death of cells that results in holes in the brain that also fill with fluid.

The white matter’s role in the brain is to transport impulses to gray matter, which contains cell bodies and serves as a key part of the central nervous system, responsible for nerve impulses. When the messages between cells can’t be delivered, it leads to impairment.

While primary thinking, perception, motor skills and cognitive function all happen in the gray matter, without the white matter to act as the information highway, the gray matter’s cells can’t carry out instructions.

The damage is usually the result of problems with myelin, which provides a protective coating over the white matter nerve cells that are responsible for the transmission of nerve signals.

Damage to the white matter of the brain most often leads to muscle and intellectual impairments, and is most often associated with cerebral palsy. According to the Cerebral Palsy

There are certain stages of fetal development when periventricular leukomalacia is more likely to occur, usually between 26 and 34 weeks of gestation.

Babies born prematurely are at a high risk for developing PVL, likely because the myelin protecting the white matter cells is not yet fully developed.

Premature babies are at a higher risk of PVL because of potential health issues including hypotension (low blood pressure that prevents oxygen to the brain), hypoxemia (a low level of oxygen in the blood, which causes brain cells to die), acidosis (a high level of acid in the blood, which can be dangerous), and hypocarbia (a reduced level of carbon dioxide in the blood that can cause blood vessels to constrict, cutting off blood and oxygen to an infant’s brain).

In addition to premature births, a variety of other conditions can lead to PVL, including:

What to Look for with PVL

Because PVL is so similar to other medical conditions, especially so those related to cerebral palsy, it is difficult to diagnose.

Some symptoms of PVL include:

There is no treatment for PVL, but because the disorder can lead to cerebral palsy – estimates range from 60 to 100 percent of all babies born with PVL will develop cerebral palsy – physical, occupational and speech therapy can potentially improve your child’s quality of life by making it easier to crawl, walk, sit and stand, depending on the severity of the disease. Nervous system and cognitive impairments are also possible.

Can PVL Be Associated with Medical Error?

While some cases of PVL are not the fault of medical professionals, in other cases, they are, especially in cases where a quick delivery is vital for your baby’s health, and that delivery is delayed.

If doctors fail to properly monitor babies during this critical period of time, especially if infections or other risk factors are present, they would most definitely be at fault.

If your child was born with PVL causing cerebral palsy, it’s important to contact an experienced injury attorney to help guide you through a complex and potentially discouraging process, handling the legal issues so that you can focus on caring for your child.

An experienced team of lawyers will have the negotiating skills to ensure a fair settlement to cover the costs of your child’s care, which could last a lifetime, so finances will not be a burden.

If your child was diagnosed with PVL and you believe it was the result of medical error, please call our offices today. Your consultation is free, and you won’t be charged a fee until we settle your case, either in or out of a courtroom.