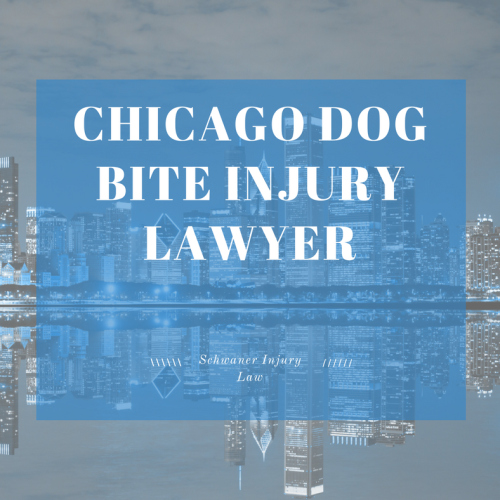 Are you in need of a dog bite lawyer in Chicago? Most people love their dogs like family, forgetting that dogs, despite their sloppy kisses and infinite love of tummy rubs, are animals, and can sometimes act in ways that are completely unexpected for their owners.

Sometimes, those kisses can turn to bites, and in Illinois especially, dog bite injuries are a serious problem.

According to 2013 statistics from the Bloomington-based State Farm Mutual Automobile Insurance Co., Illinois was bested only by California when it came to dog bite claims. The state had 309 claims that year, which cost 8.9 million, about 10 percent of the nationwide total spent on claims relating to dog bites.

And according to the United States postal service, also citing statistics from 2013, Chicago came in fifth nationwide with postal job sites that are virtually war zones, with our furry friends taking too many bites out of the friendly neighborhood postal worker.

Unfortunately, those stats have been rising steadily as more people are turning to the internet to do their shopping, leading to more front-door delivery of packages, putting more postal carriers in the line of fire.

And unfortunately for all involved, dog bites can be expensive.

In Illinois, the law is pretty clear about liability.

Under the Animal Control Act, Section 16, dog bite laws are described as follows:

“If a dog or other animal, without provocation, attacks, attempts to attack, or injures any person who is peaceably conducting himself or herself in any place where he or she may lawfully be, the owner of such dog or other animal is liable in civil damages to such person for the full amount of the injury proximately caused thereby.”

If you were bitten and injured by someone elses dog than by Illinois law you may be entitled to compensation for your injuries.

On the other hand, if you are the owner or have custody of a dog that bites another person, causing injuries, you are responsible, even if there were no signs that your dog could be potentially aggressive.

In April of this year, a jury in DuPage County awarded a woman nearly $1 million for a dog bite incident that occurred when Kristen Hayes, then age 8, was bitten by a dog being walked by an employee of Carriage Animal Clinic. 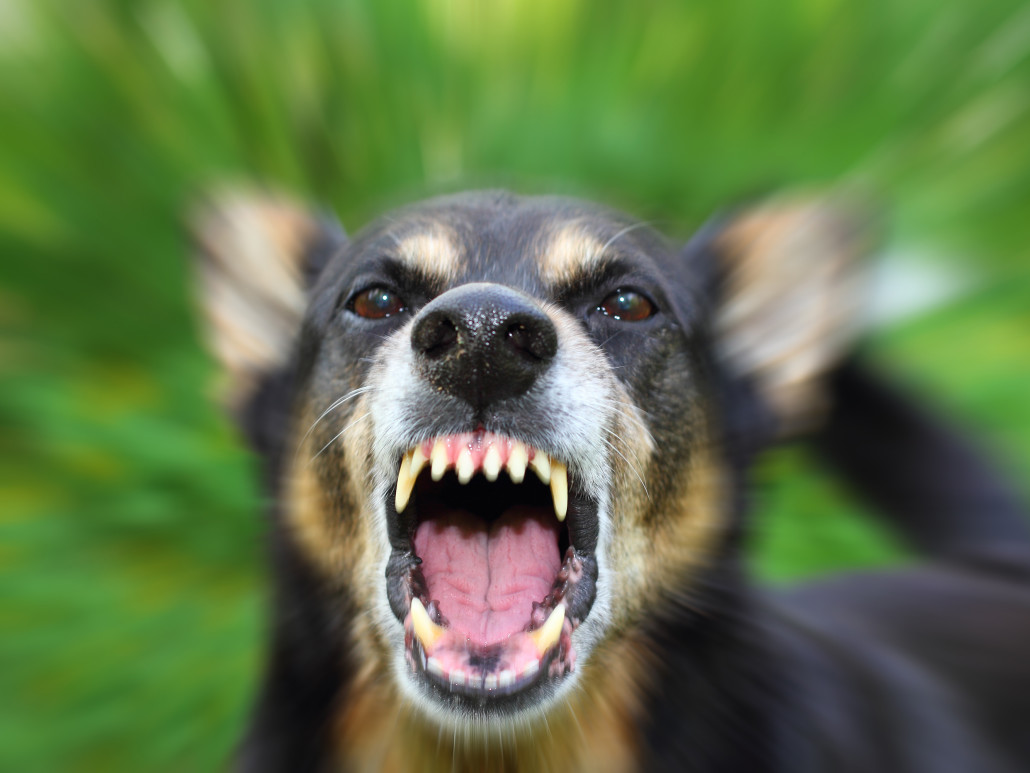 The $940,000 award – which came after a jury deliberated for 8 hours following a nine-day trial – was considerably less than the $4.1 million the plaintiff originally demanded, but costly all the same.

Are there exceptions to the rule? If I was bitten by a dog in Illinois will I be guaranteed a recovery?

If you are trespassing on someone elses property, or are deliberately provoking a dog into defense mode, including accidently stepping on its tail, then they may be off the hook.

Otherwise, even injuries caused by a dog being overly exuberant greeting a visitor, for example jumping on them, causing them to fall down, leaves owners liable and can allow you to collect, even if they took precautionary measures such as fencing around the property.

While most people associate serious dog bites with pit bulls or Rottweilers, in the Hayes case, the dog was a Lhasa Apso, a small breed that averages about 11 pounds. It had escaped from its leash, and the employee was chasing it when she spotted Hayes outside her family home, and asked her to help. When Hayes caught the dog, it bit her thumb, causing injuries that led to four surgeries and chronic pain.

Still, in Chicago, pit bulls or pit bull mixes account for almost 40 percent of all dog bites – pit mixes make up about 4.5 percent of the approximately 37,500 dogs registered in the city – but nationally the most common breed associated with bites was the Labrador retriever, which has a mild-mannered, happy-go-lucky reputation, suggesting that bites are more often the result of poor training rather than the breed itself.

While many cities have established breed-specific legislation banning certain breeds – most often pit bulls – Chicago has no such legislation in place.

What Happens If My Dog Bites Someone in Chicago or Illinois?

In some states, there is something known as the “one bite” rule, which means that if a dog bites someone but has never shown signs of aggression, the owner is not held liable. Illinois is not one of those states, and the owner will be held liable for injuries related to a dog bite. 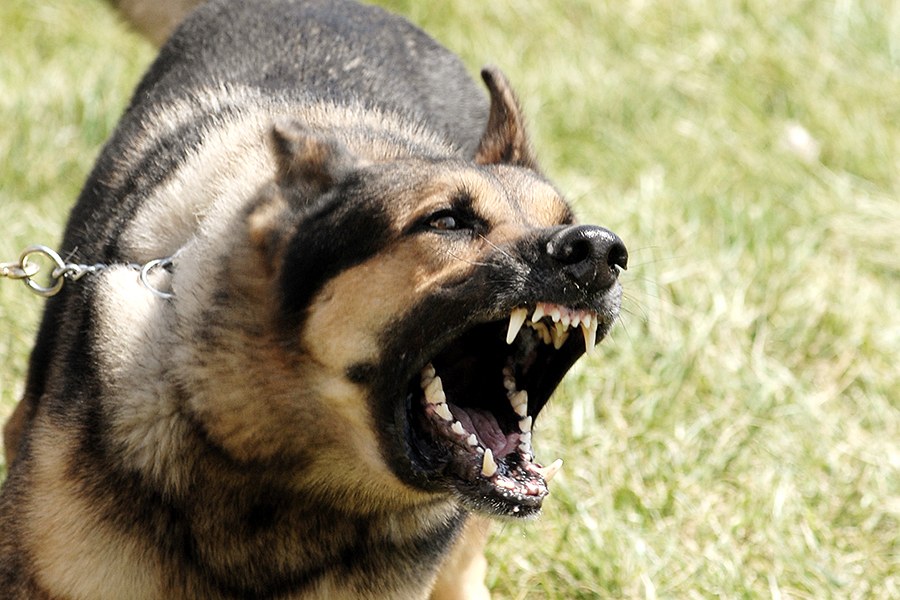 Homeowners insurance generally covers most of the costs associated with dog bites, although if a case goes to trial and a jury awards a victim more than the insurance coverage offers, the dog owner may be responsible for the remaining judgement.

While it is a possibility, the dog owner may not be forced to euthanize their dog if it bites someone.

According to the Illinois Animal Control Act, dogs that bite a person will be confined by the Cook County Bureau of Administration for rabies observation if the owner cannot produce paperwork proving up-to-date vaccinations. Under the law, the county administrator, the state’s attorney or a citizen of Cook County can ask that a dog be Dogs found to be running at large may be impounded and destroyed if reasonable attempts to determine and notify the owner have failed.Dogs that bite a person shall be confined for observation for rabies by the Cook County Bureau of Administration
The County Administrator, State’s Attorney or a citizen of the county may file a complaint in circuit court asking that a dog be determined to be vicious, during which time the dog could be confined. Owners could face fines, and there is a chance the dog will be ordered to be euthanized.

Dogs may also face a lesser charge of being deemed dangerous. Owners usually will pay a fine, be required to have the dog microchipped and neutered and could be required to muzzle the dog when in public.

What Happens If I Sustain a Dog Bite? Dog Bite Law Illinois

If you are bitten by a dog, you have a two-year window from the date of the dog bite to file a lawsuit against the owner of the dog. This is per the illinois dog bite statute of limitations.

What If I File a Dog Bite Lawsuit?

In most cases, injuries are covered by homeowner’s insurance, which estimates that more than one-third of the claims filed are related to dog bites, according to the Insurance Information Institute.

If you suffer serious injuries that go beyond homeowner’s coverage, a lawsuit could be your best chance of recovering the compensation needed to cover the costs of your injuries.

While bites from small dogs might not be serious for adults, even a small dog can cause serious injuries to a child, including lifelong scarring, infections or nerve damage.

Should I Pursue a Dog Bite Recovery? A Chicago Dog Bite Attorney May Be Your Best Bet.

A lawsuit can help you recover compensation for medical bills, pain and suffering, loss of wages and future medical bills, including bills related to the emotional trauma associated with the event. An experienced attorney should have a good understanding of the law and be able to help you recover compensation for your injuries.

The Unfortunate Case of a Chicago Dog Bite Death

If a dog injury results in death, the victim’s next of kin is entitled to wrongful death compensation in most cases. Have you or anyone you know has been bitten by a dog and suffered severe injuries? Get in touch with our legal team today to get the help you need.

To better understand your rights, contacting a Chicago attorney experienced in local dog bite laws and local cases can help you better determine if you have a claim. Call us today at 312-635-4000 for a free consultation.