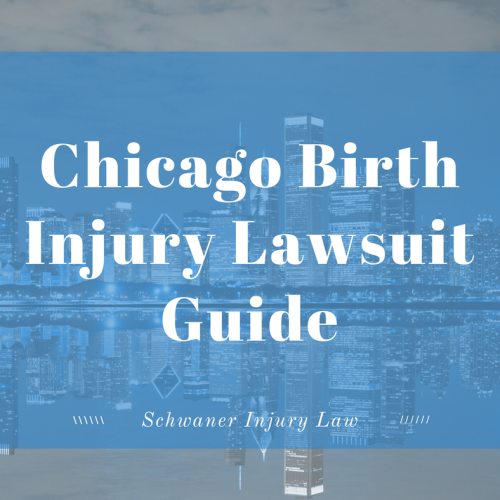 This Chicago birth injury lawsuit guide and post will help you to better understand birth injury cases in Chicago.

If Rose Kennedy had given birth today instead of 1918, she likely would have filed a birth injury lawsuit following her daughter Rosemary’s birth. Rosemary, whose story is detailed in the book “Rosemary: The Hidden Kennedy Daughter,” was born with developmental delays after a nurse delayed her birth by forcing Rose’s legs closed for two hours, forcing her baby to remain in the birth canal for two hours, causing her to lose vital oxygen, all because the doctor was with other patients and the nurse didn’t want to deliver the baby herself.

Birth injuries mar what would otherwise be one of life’s happiest moments, and they are particularly devastating when they occur as a result of negligence on the part of someone else.

What Qualifies for Birth Injury in Chicago, Illinois? Do I Have a Lawsuit?

A birth injury occurs as a result of physical damage an infant sustains during birth. Birth injuries are not that common – approximately 29 out of every 1,000 babies born in the United States suffer some kind of birth trauma – and are most often caused when doctors or other medical staff make mistakes.

The most frequent kinds of birth injuries that are preventable are caused by:

If your child suffered injuries during birth, you may be wondering if your doctor or other hospital staff can be held liable for those injuries.

To better understand whether or not you might have a case, you should know that the plaintiff in a Chicago birth injury case has a certain burden of proof that must be met in order to prevail in court.

How Do I Choose an Attorney for My Birth Injury Lawsuit?

There are several things that are important to look for when choosing a birth injury attorney in Chicago.

A birth injury attorney can be an invaluable asset if your child was injured and you are hoping to secure compensation to cover the costs associated with caring for those injuries. Knowing how to choose the right attorney can be the most important part of the process.

What are the Most Common Birth Injury Lawsuits?

Some common Chicago birth injuries include:

If your baby suffered any of these injuries as a result of negligence on the part of your doctor or medical professional, you may have a potential lawsuit.

How Long Do I Have to File a Birth Injury lawsuit in Chicago, Illinois?

Because some disabilities are not immediately detectable at birth, lawsuits are handled differently.

Because birth injuries occur before development, the extent of related damages may not be known until the child is old enough for physical and cognitive impairments to be properly evaluated. As a child ages, cognitive, sensory and motor skill problems will become more apparent, which will help shape your case.

Still, because documents, witnesses and other information that’s important to a medical malpractice lawsuit can potentially be lost over time, it is important to file a lawsuit as soon as possible.

In cases where a child recovers from a disability, the two-year statute of limitations does not go into effect until after the recovery. If no recovery is possible, the window to file a lawsuit remains open indefinitely, although they must be filed by the time the child reaches the age of 21.

If your child was injured at birth due to negligence on the part of medical professionals, call our experienced team of birth injury attorneys today.

Auto Lawyers in Chicago – What Makes a Great Auto Lawyer?
Schedule a Chat